A downloadable game for Windows

Red Laser Z is an accuracy FPS built around raycasting. You have a powerful laser that can destroy everything with one shot, including enemies, NPCs, and world objects. You are rewarded when you destroy enemies, and penalized when destroy the rest.

We now have ultrawide support and a complete translation to Brazilian Portuguese.

We also have a list of new things: a new weapon, a bonus system for one shot kills, more accurate colliders, new reflective and secret walls, enhanced searchable desks, a new statistics screen, and other small changes in the HUD and camera movement.

Red Laser Z is the spiritual successor of Zillion 3D, a Wolf3D mod. (You can check the original Zillion 3D here.)

All songs by Ozzed. You can find his amazing music at ozzed.net.

We’d appreciate very much if you find a bug and report to us!!! =]

Hitscan Heaven – Only ONE weapon. No bullet sponges. You have the most unfair gun in the galaxy - the Z Gun - which kills everything with ONE bullet.

Precision Shoot – Your laser hits EXACTLY where you aim. No recoil. No statistical shenanigans. No mouselook dampening. You aim, you shoot, you destroy.

Tough but Fair Enemies –Using both hitscan and projectile attacks. Each with its own behavior.

Destructible Scene Objects – Almost all objects are destructible, including NPCs. But beware! There’s a penalty system to prevent killer sprees.

Level Design – No linear levels. No random generated levels. Good old level design with sprawling areas (the demo has only 4 levels so far).

Arcade Style FPS – The ONLY items to collect are energy, ammo, keys, and treasures. No reload. No fatigue. No regenerating health. No crafting of any kind.

Look Around Corners – You can look and shoot around corners by holding ‘E’ then using ‘W’ and ‘S’ to lean left or right.

Extract the zip, then open the executable. =]  Also, pray to the Flying Spaghetti Monster for a bug free experience!

What happen with this project bro?

So, I was very busy last year. This project was set aside for more than 9 months with no work done.

But I'm back now. I'm making real progress and I hope to finish it by July.  (fingers crossed!)

And how have you been???

the game is crashing

Hello! I'm sorry for the late response, I think I missed your message! =]

Can you give me more details? When did the game crash?

Oh, my, god, we LOVED the video! ahhaahahha We were screaming all the time, "do this, do that" ahhaah! It was amazing, thank you so much!  And now WE want Spray Cramberry too! Or Canada Dry, it works too! =]]]]

It was perfect!! Your reactions were the best! =]

Reply
MasonJason1 year ago
Pretty cool game! I love it just because my computer can run it and very easy to play! Hoping to play more of it...once I get better xD. Thank you very much! Keep up the good work!
Reply
moonkey1 year ago

Oh, my god, we LOVED IT! haahahha! You learned pretty quickly how to aim and hit the enemies through the shields! And you also learned to double tap 'e'!!! That was AWESOME!!! Thanks so much for the video!!! =]]

Hi, i want to help you to translate the game into spanish, i just finished it, it's a cool game.

Really? That would be amazing! Thanks so much! Send me an email at fliperamaorama@gmail.com so we can talk! =]]]]]

I was pleased to play this game, I found it very challenging and funny.

Hey, Fellowplayer, thank you so much for playing! We absolutely LOVED the video! We were screaming the whole time 'do this, do that!’ =]] The Blue Laser indeed is a bit useless right now (like the lazy devs), but we’re planning future things for it. Anyway, thank you for playing!!!

What a wonderful game! Plays like a strange combination of Wolfenstein/Doom and a tactical shooter, while also being its own thing entirely. I only request more clever enemy weak spots, more humor, and more levels! I would love to see this finished.

Thank you very much! Yes, you’re absolutely right about more crazy enemy weak spots, that’s been our focus lately. We just finished a bonus system that gives you more points to one-shot kills (with a very satisfying “ding”). We’re trying to manage our schedules to put more time into the game: there will be no new enemies/stages on the next iteration, but we’ll have the groundwork to what (hopefully) will be the final form (is it ever?)!

Thanks for the video! Seeing you guys play gave us a LOT of insights! We'll improve the game because of you! Let me just point out that you played the first version, which, well, needed some work. I think we eliminated most of those first bugs (hopefully). Anyway, cool video !!!

We are happy that our video could help you improve your game and we saw the updated version of the game after we did the video.

Hey I played your demo and loved it . I also did a first impressions video on my YT channel . I hope you like it.

Oh, man, we loved that! Yes, randomized items is probably a better deal! And you found a bug we've never seen before! ahahh Thank you! We'll try to fix that, or else our master won't let us out of the dungeon! *it's dark and scary in here* Oh, by the way, we recommend playing in full screen, so the mouse pointer won't get in the way.  You were recording with a window open, right? Yeah, that's kind Unity's fault, not ours, please don't let the boss find the whip!

Tried the demo and made a video too... Found the red keycard after recording... :)

Hey, thanks for playing!!! It's funny, I thought the red card was the easiest one to find! ahhahha You know, the grey boxes can be destroyed without any penalty, so there's lots of chests hidden behind them. And I was rooting for you to use 'Q' to look around corners. I was like Obi Wan Kenobi saying "Luke, use 'Q' then 'W/S'" hahahah! Pretty fun to watch!

Hi! You know, after getting penalized quite a few times destroying things (okey, and sometimes killing people) I was focused on not shooting anything except enemies. Using Q is a little odd to me... Initially I was thinking it's a lean - Q & E for left & right, but the mouse movement put me off using it. :) 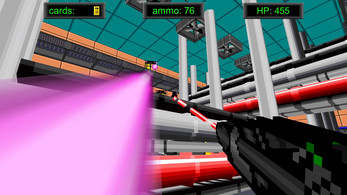 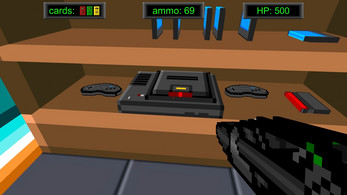 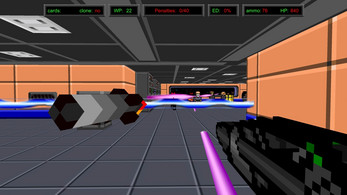 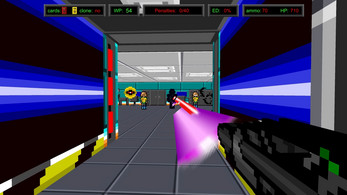 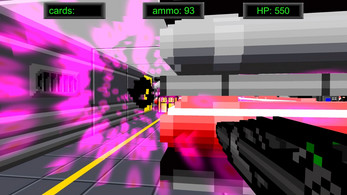 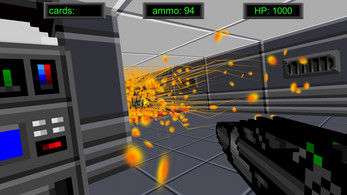 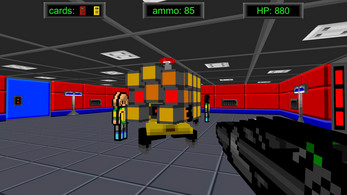 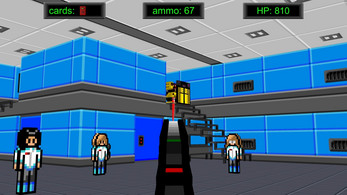 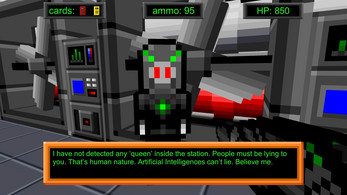 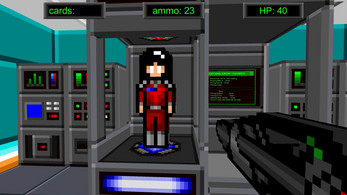 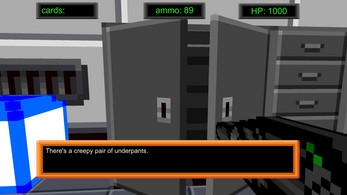 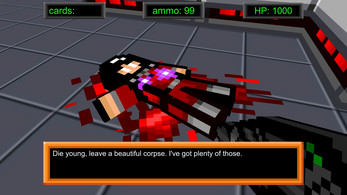 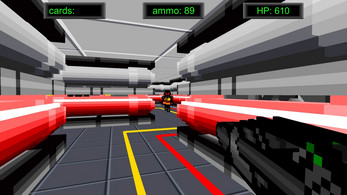 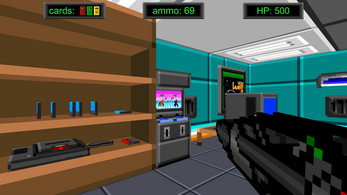 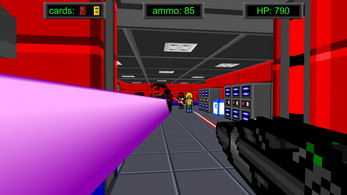